I have seen Dominique Roque since he had been endorsing various brands. Of course, among his famous photos/endorsement are that of a clothing line. With his smize and killer smile, who wouldn’t notice him immediately?

When he finally transitioned from being a model to an actor, I was so happy! Seeing him in television brings me so much joy. To say that I have monitored all his work, is just plain honesty.

Now that he is again in the limelight, let us know more about this promising and talented young actor. Here are some of the things you may not know about Dominic Roque.

Dominic was born as Dominique Karl Manala Roque on July 20, 1990 to a business inclined parents. He spent his childhood years in Cavite. He attended his secondary education at the Imus Institute and graduated in 2007. For his bachelors, he attended the De La Salle College of Saint Benilde where he earned his Tourism degree.

With his stunningly good looks, Dominique started his career in the industry not as an actor, but as a model. He had endorsed for various companies and was even one of the model of the national clothing brand Penshoppe. 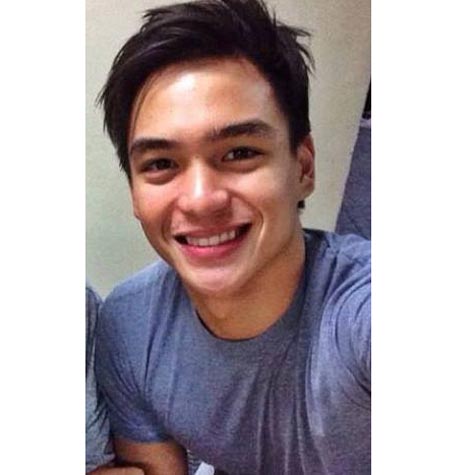 Dominique first appeared in the soap opera Habang May Buhay in 2010, where he played the minor character, Mark Alcantara. He disappeared from the spotlight for a while until he returned in 2012, with the fantasy drama television series, Aryana which was played by the talented Ella Cruz.

In 2013 and 2014, Dominique continued to land roles in drama anthologies, guestings, and television series, albeit minor ones. He appeared as guest in shows such as It’s Showtime, Kris TV and Bandila. He also landed roles in the longest running drama anthology Maalaala Mo Kaya, Wansapanataym, Ipaglaban Mo.

After appearing in television series for a couple of years, Dominique finally landed one of his main roles in the television drama romance fantasy series Moon Of Desire as Vince Regalado. He costarred with Meg Imperial, JC De Vera, Ellen Adarna and Miko Raval.

In 2015, he became a household name when he joined the cast of Pangako Sa’yo, the remake of the Filipino classic which was first aired in 2000. Because of his increasing popularity and appeal, Dominic landed a hosting job at the morning show Umagang Kay Ganda. He was among the hosts from 2016 to 2020.

Dominique joined the cast of La Luna Sangre (as Jill Imperial), the third installment of Lobo that aired from 2017 and 2018. He worked with the veteran actors Kathryn Bernardo, Daniel Padilla, Angel Locsin and Richard Gutierrez.

Dominic is also active in both small and big screens. He first appeared in a Star Cinema and Regal Films-produced horror movie Pagpag: Siyam na Buhay as Rico. He again appeared in another horror thriller film, Seklusyon (as Fabian) which was produced by Reality Entertainment. The film, an entry to the 2016 Metro Manila Film Festival had garnered 8 awards, the highest number of awards won by a single film in the competition.  In 2017, he again starred in another horror film called Spirit of the Glass 2: The Haunted, as Vince.

Although majority of his films was in the horror/thriller genre, he also has romance comedy films which are Crazy Beautiful You in 2015 and My Ex and Whys in 2017.

Although Dominique had not appeared in any films lately, he had been busy with growing his own Youtube channel – (Dominic Roque). Currently the channel has about 43 thousand followers and only has two videos uploaded.

He has had an extensive work for someone who started showbusiness rather late, don’t you think? With his good looks and talent, I am sure we will be seeing more of him. In the meantime, let us support him in all his endeavors, anything to make our idol happy!