LIKE MOST of the teens back then, I have watched and screamed over the show Tween Hearts. Who wouldn’t though? It has the perfect balance of kilig and cheesy moments that would make anyone swoon!

Of course, Tween Hearts wouldn’t be complete with Derrick Monasterio. I have been watching for him over many years now, and can I just say that guy is consistently over the years, been impressing millions of fans nationwide.

Now known as ‘His Royal Hotness’ because of his hunky physique, we want to see more of him on the TV and movie screen! Here are some things you might want to know about our beloved Derrick! 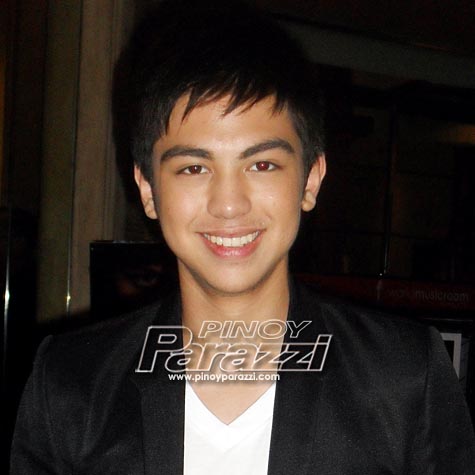 Derrick first appeared in television under the hit television drama romance series Tween Hearts in 2012. He played the role of Rick Montano, which became one his iconic roles. From Tween Hearts, he went on to appear in various shows such as Maynila, Sinner or Saint and Dwarfina, all of these done while still in the show Tween Hearts.

As the years passed on, he took on numerous roles, leading or support to further his career in showbusiness. In 2012 he appeared in the shows Maynila, Luna Blanca, Magpakailanman and Alice Bungisngis and her Wonder Walis.

Among his iconic work was in the situational comedy series Tsuperhero in 2016. He played the titular role and had worked side by side with Bea Binene, Gabby Concepcion, Betong Sumaya and Benjie Paras.

Derrick Monasterio is also a favorite leading man in the Kapuso network. He starred in  shows like Inday Will Always Love You, Makita Kang Muli, Dragon Lady and many more.

Apart from stunningly good looks, Derrick also has the undeniably swoon worth recording artist voice that everyone loves. He first lent his great voice in 2011, in the Sinner of Saint soundtrack in 2011.

2012 proved to be a very productive year for him as he recorded numerous singles for various soundtracks. He contributed to the Tween Academy: Class of 2012 soundtrack. One Love, One Heart, One Nation, the My Kontrabida Girl soundtrack and The Witness soundtrack, all under GMA Records.  2016 was the last year he recorded an album – finally, his self-titled album Derrick Monasterio.

Arguably, there would be no Tween Academy: Class of 2012 without the presence of Derrick who gave life to the character of Maximo. The film is where he debuted in 2011. In 2012, he landed a role in the blockbuster movie Si Agimat, Si Enteng at Ako.

He continued to make films such as Boy Golden: Shoot to Kill, the Arturo Porcuna Story in 2013 and Full Moon in 2014. However, his roles in the 2018 films Wild and Free and Almost A Love Story were quite commendable. His last appearance in a film was in 2019 in the comedy movie Kiko En Lala under GMA Pictures.

Derrick currently appeared in the reality talent competition show Catch Me Out Philippines where he acted as judge opposite the talented Kakai Bautista. The show was hosted by Jose Manalo.

Derrick is set to appear in the Regal Studio Presents: Karinderya Queens together with Maxine Medina and Casie Banks. The show will air on November 7 at 4:35 PM after the show Dear Uge. Not only that! He is also one of Sanya Lopez’ leading man in Daig Kayo ng Lola Ko Presents: Oh My OPPA!